Allison Wilson-Forbes has had a varied background in film production, academic study, and the performing arts. In addition to several roles in indy film productions, she had a recurring role as Nurse Alice for five seasons on the medical drama Saving Hope and has made television appearances in the critically acclaimed series Orphan Black, Syfy’s The Expanse, and Netflix’s Madame CJ Walker.

As a writer, producer, and actor, she has crafted four short films; screening in Australia, Boston, England, and Los Angeles. She enjoys working with non-profit theatre companies that collaborate with the street involved community. Allison is currently developing a multidisciplinary spin on the famous Little Red Riding Hood fairy tale and will be seen in the upcoming series Y: The Last Man. Allison Wilson-Forbes is repped by The Characters Talent Agency in Toronto. 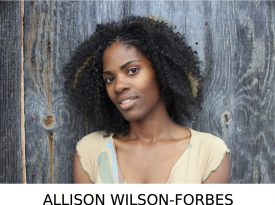 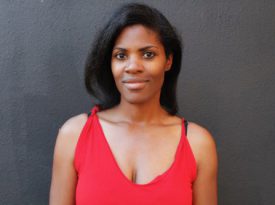 Two reasons: 1) My mom and Dad had an old projector and showed me archived reels of Charlie Chaplin my mom borrowed from her school. I thought it was the most mesmerising thing. 2) A skit I did in the 7th grade for English class. My English teacher told me I had real promise to entertain people. From there I always wanted to be part of the Hollywood Dream Factory. There’s power in seeing ourselves reflected.

Anything that’s a series regular role on a US or Canadian National Series. I’m ready. I dream of playing a fully dimensional character with a life, flaws, and objectives trying to persevere through adversity.