Andy is a graduate of York University’s Music program (BA, Honours) and Theatre program (MFA) and the Canadian Film Centre’s Producers Lab.   His first major role was Nebuchadnezzar Brown, a Union Soldier stranded with several others in the historical adventure, The Mysterious Island. He followed that up with a role in RUDE, the first Black Canadian Film with a premiere at the Cannes Film Festival.

Other significant roles include Prince Talon in the animated series Flash Gordon, Othello in Othello, and Shaka in the one-hour drama Soul.

Andy is also a writer and producer.  He is the Co-Creator and Creative Producer of Soul, for which he wrote the pilot and co-wrote two other episodes.

In addition, Andy has produced 9 short films, many of them award-winning.  Notable shorts include The Sadness of Johnson Joe Jangles, and Where Do White People Go When The Long Weekend Comes?  The Wondrous Journey of Delroy Kincaid.

Recent acting credits include In The Dark, Private Eyes, and Most Dangerous Game.

His script for The Unseen was a Second Rounder at the 2020 Austin Film Festival.  He is also currently writing a romantic comedy, and developing and writing the pilot for two one-hour dramas – a medical procedural, and a historical fiction adventure. 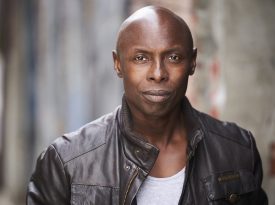 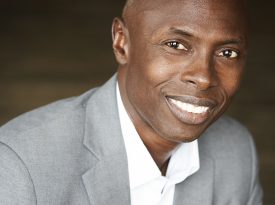 I grew up in the church, and we were doing a musical, Purlie.  I performed the role of Gitlow.  A woman who knew me well said she couldn’t figure out who that old man was on the stage, and was so shocked it was me.  That made me think, hmmm, I might have something here.  Then I saw people like me up on that screen, in the films of Spike Lee.  Finally, I heard around that time that Eddie Murphy was worth $300 Million.  So that made me think, okay, it’s possible to actually make a living from acting.

I love drama.  Randall in This Is Us, or a role in Manifest or New Amsterdam.  I love action adventure.  A role in a show like Lost, or Jack Ryan, or Da 5 Bloods.  I love historical action pieces too – a role in a show like Spartacus, or Gladiator.  And of course there’s sci-fi – Black Panther II, Fifth Element.  Finally, there’s just smart tv that I love – a role in The Marvelous Mrs. Maisel would be a dream.