Brendan Jeffers has appeared in a number of films and television shows, including ‘Frankie Drake Mysteries’, ‘Saving Hope’, and Steven Shainberg’s ‘Rupture’, but most notably played the malignant gang leader Vince, on “Degrassi”.

Brendan has also appeared in over twenty stage productions, including playing Scarecrow in ‘The Wizard of Oz’, Christopher Wren in Agatha Christie’s ‘Mousetrap’, Bobby in George F. Walker’s ‘Tough!’, and Jerry in ‘Self-Help by Dummiez’, for which he won a Bravo Award for Best Supporting Actor in 2014.

Brendan’s love for the industry extends beyond acting.  He has written, produced and starred in a number of award-winning short films, including ‘Fowl Play’, which he also co-directed. The comedic film screened at Just For Laughs Comedy Festival and now appears on Kevin Hart’s LOL Network Youtube channel. 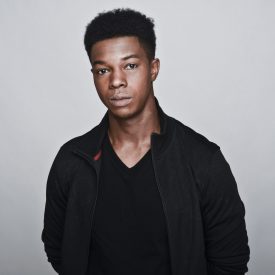 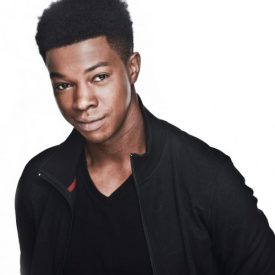 I was a quiet and shy kid, but I felt a great comfort in front of audiences.  Little me had won speech contests and piano recitals, but I mostly enjoyed doing skits in talent shows and performing in plays. My oldest sister was a model at the time, and connected me to an agent. I did runway work and photo shoots, but eventually auditioned and landed a number of commercials. It was a new avenue of performance for me that I greatly enjoyed.  That was the beginning of it all. I loved to play pretend and entertain, and still do.

I have a great love for music from all genres and generations.  I’d love to play Marvin Gaye or Sam Cooke in a biopic. I love their music and both of them lived such intriguing lives that unfortunately ended tragically.  It would be a dream to tell their stories through film.

I’ve also been told that I bear a resemblance to Nat King Cole. His story is a fascinating and inspiring one, having become a star in an era where African Americans barely had rights and were seen as less than human by their fellow Americans.