Claire Qute was born November 22, 2004 in Kingston, Ontario, Canada. From a very young age, she has been incredibly passionate and serious about acting and filmmaking. Growing up as a biracial girl with big dreams in a small town had its challenges, but she channeled all of her experiences into creative outlets like acting, writing, and filmmaking. When she was 5 years old, she asked for camcorders, editing programs, props, and costumes instead of toys. She loved becoming different characters and telling stories through movies that she wrote, directed, and starred in herself. Claire was always casting friends and family in her movies…though they weren’t as passionate about it as she was. She did musical theatre from ages 8 to 10 and began her professional acting career at 11. In addition to pursuing her acting career and creating weekly YouTube videos, she is also writing a psychological thriller movie. 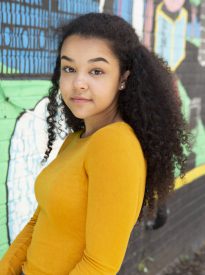 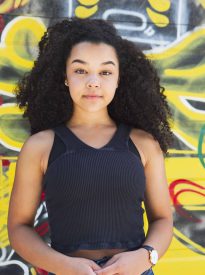 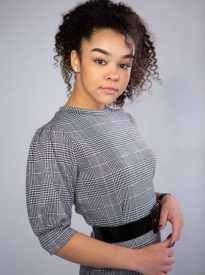 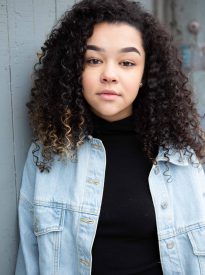 I pursued acting because I love telling stories through film. I feel like movies have a significant impact on people’s lives and points of view, and I love making a positive impact on the world. Also, I’m fascinated by people and what motivates them to do the things they do. Acting gives me a chance to bring characters to life and put myself in other people’s shoes.

I have two dream roles…First, I would love to play a superhero in a Marvel or DC movie, specifically Spider-Girl. I have been a Spider-Man super-fan since I was a toddler (Tobey Maguire is my favourite), and I feel like I could be a great addition to the Spider-Verse. My second dream role would be to play a historical figure, specifically Queen Sophia Charlotte. She was the first and only mixed-race Queen of England, and I creepishly look just like her! History really interests me, and it’s been one of my biggest dreams to star in a period drama (the fashion is amazing). I’ve even been studying the German language because German is Queen Sophia Charlotte’s first language.