KhaRå Martin is an advocate, actor, singer, and filmmaker from Pickering/Scarborough Ontario. KhaRå has been in love with performing and storytelling since she was 5 years old. Attending Wexford Collegiate School for the arts and the University of Toronto and Sheridan college where she Specialized in Theatre and Drama Studies alongside receiving a double minor in English and Law; but it wasn’t until KhaRå graduated from the OYA Emerging Filmmakers program that she fell in love with screen writing and documentary filmmaking.

In her spare time KhaRå runs a community based organization called the Youth Vote Counts which advocates for voter literacy amongst youth ages 16-30. KhaRå’s debut short film No Justice No Peace premiered at the TIFF NEXT WAVE Festival in February 2021. She hopes to combine her love for acting, film-making, and advocacy work to tell stories for millennial Black Audiences. 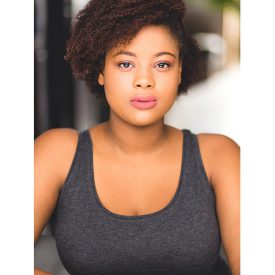 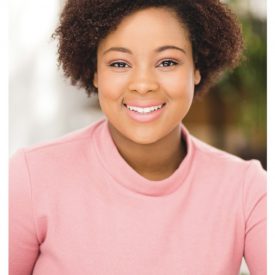 I don’t know where I would be if I wasn’t able to sing, dance, or act. The ability to see myself through different lenses and to push past my own boundaries through the lives of others is remarkable. I love that I get to escape and reflect. Being an actor makes me a better person, a more compassionate person. If I can touch just one person with the art that I create and let them know that they’re not alone, that it’s okay to feel, and inspire them to live authentically. Then I’ve done my job.

My dream role is anything where I’m singing, dancing, and acting. I would love to be in a musical. My dream film/television role will probably be something that I create for myself. Though I would love to do a kick ass action thriller. l love Noomi Rapace and Charlize Theron for that.