Lisa Michelle is an actor & singer based in Toronto.  She stars as “Chloe” in Band Ladies (Highball TV) for which she is nominated for a 2021 Canadian Screen Award for Best Lead Performance in a Web Program or Series.  She also recently appeared in Star Trek: Short Treks (CBS) as Lt. Sarah alongside H. Jon Benjamin & Rosa Salazar. Fun fact for the Trekkie’s out there: Lisa Michelle’s character was the first Black “Trill” (a particular humanoid species) in Star Trek franchise history!

Some of her other acting credits include Black Mirror (Netflix), A Christmas Carousel (Hallmark), The Color of Love (Lifetime) and more. As a musical theatre performer, Lisa Michelle starred in the first U.S. national tour of Godspell (Moonglow Prod./ Drayton Ent.) and performed as a shapeshifter in the award-winning production Obeah Opera by Nicole Brooks (Nightwood Theatre/Culchah Works).

Her artistic career has expanded beyond the art of performance to include filmmaking (Rainbow Baby, Pattern and The Fifth Dimension) and entrepreneurship. She is co-owner of Orange Moon Entertainment, a booking company for live and virtual music services and founder of Aries Garden, an online self-care shop for spiritually-minded folk.

She dedicates energy and time into serving her artistic community as well. She is one of the founding members of Canadian Black Entertainment (CBE) and serves as an elected ACTRA Toronto & National Councilor as well as Co-Chair of ACTRA Toronto’s Diversity & Inclusion Committee. 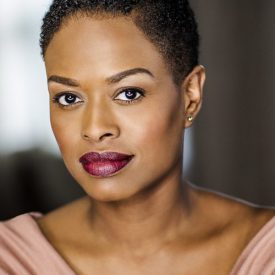 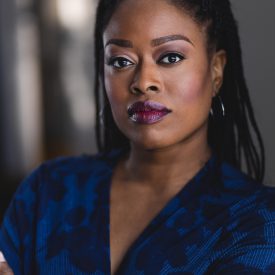 It sounds too poetic to be true, but I knew I wanted to be a performer from the moment I saw my first professional stage production on a class trip in middle school.  I was spellbound by the magic created between the performer and the audience as the cast told us stories through script, speech, song and dance.  As electrifying as it was to be on the receiving end of this type of storytelling, I knew that this feeling wasn’t going to be enough.  I knew that I wanted to be them. I needed to be one of the storytellers, and I wanted to start right now.

My dream role is to play a character who loves as hard as she fights or struggles.  I would be excited to be in a role that tapped into romance, intimacy and sensitivity.  For me, love is the most exceptionally compelling and transformative feeling to convey… especially if it is coming from a great and thoughtful script.