Natasha Bromfield is a film and television actress who got her start in the award-winning web series, The Amazing Gayl Pile (CBC Gem), after bidding farewell to a career in nursing. Since then, she has ironically played a nurse several times in The Strain (FX), Flatliners (SONY) and most notably as Matt Damon’s cracker-wielding recovery room nurse in Downsizing (PARAMOUNT). In addition to a recurring role in Killjoys (SYFY), you may have also seen her in Netflix’s Spinning Out and Grand Army, and most recently, Workin’ Moms (CBC/NETFLIX). Aside from being a dramatic actress, Natasha is a graduate of The Second City’s Sketch Conservatory Program (Toronto). She has also been a member of the Oakville Improv Theatre Company since 2016 and continues to perform improv regularly. Natasha enjoys two cups of coffee per day, singing along to Hairspray while cooking, and loves hunkering down for a comforting Golden Girls marathon from time to time. 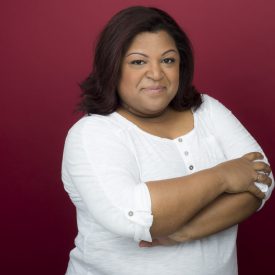 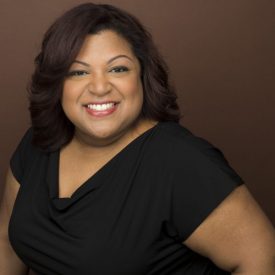 Nothing else has ever lit a fire in me the way performing does. And although I began acting professionally later in life, for different reasons, I got to a point where I didn’t want to go through my whole life without at least having tried to go after something I love. And that journey lead me to my love for acting.

My dream role would be a Bridget Jones or Miranda-type character on a sitcom. I love playing that reserved type of character, who is continuously searching for love, but always finds herself in hilarious, but absolutely cringeworthy situations.  But, there’s also my Hallmark movie dream. Ok, I have two dream roles!