Yvette McKoy was born in East Germany to a German mother and an African father. She was a member of the East German National Track and Field team and became a world class athlete. She was ranked top ten in the world in the 800 and 1500 meters event. An even more successful career was spoiled by the East German Secret Service (Stasi) after they discovered that she had contact to Canadian sprinter, Mark McKoy (Olympic Gold Medalist 1992), her husband-to-be. Therefore, she was prohibited from competing in the West. Yvette showed early on interest in acting and performed regularly in school plays, thanks to a great drama teacher (Frau Kalweit). Because of her duties as an “Ambassador in Track Suit” she had to focus 100% on being an elite athlete and had to put her acting career on hold until she had to quit because of injuries.

Yvette‟s acting career started in Germany and continued in Canada after the Fall of the Berlin Wall. She starred alongside actors such as Forrest Whitaker in Anne Rice’s Feast of All Saints, Terrence Howard in Street Time, Kate Hudson in How to Lose a Guy in 10 Days and Nicole Ari Parker in Soul Food. Yvette also stars in her Biography movie (Gemini Nominee) Cold War Love, The Mark and Yvette McKoy Story produced by The History Channel. Because of her athletic ability she is also a successful stunt performer who stunt doubled for actors such as Lynn Whithfield, Carmen Ejogo, Lisa Berry and Kimberly Huie, just to name a few.

She is represented by The Bella Agency. 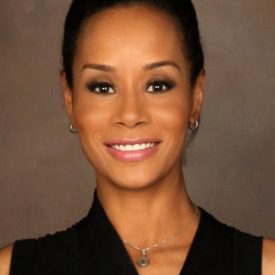 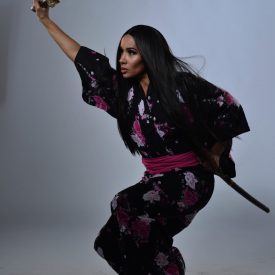 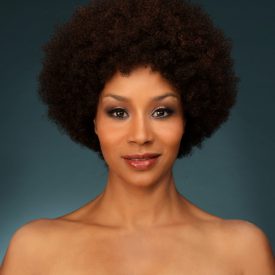 I showed interest in acting at a very young age thanks to a teacher (Frau Kalweit), but had to put this passion on hold, since I was an elite athlete from the former German Democratic Republic before the fall of the Berlin Wall.

Secretly I pursued modeling parallel to my duties as an “Ambassador in Track Suit” during the Cold War.

My dream role is very easy to explain, especially since I’ve been told this by many, including many directors. I would be the perfect Bond Girl, since I am athletic and speak German, English and Russian.